Blue Pacific Minerals has gone ahead in leaps and bounds since making the move to Tokoroa in the South Waikato in 2010.

They’ve grown to be New Zealand’s largest processor and distributor of zeolite and perlite ore – and they’ve set their sights on becoming the biggest in the Southern Hemisphere. No small feat – and Managing Director Dave Hill reckons South Waikato is the perfect place to make that happen.

“We’ve got goals to perform on the world stage,” Hill says. “Tokoroa allows us to do that by providing great access to large international markets and giving us the opportunity to grow.”

Connectivity and space. They’re two key factors behind Blue Pacific’s continued upward trajectory – and South Waikato has them in spades.

Take Tokoroa’s Road Rail Terminal for example. It means Blue Pacific can easily get their products to the major ports of Auckland and Tauranga and from there, to markets in Australia, Asia and the South Pacific.

The fact that the region straddles State Highway One helps too. It puts major urban centres such as Auckland, Hamilton, Tauranga, Taupo and Rotorua within an easy drive – just two hours or less.

Plenty of space for expansion

Then there’s all that space in which Blue Pacific can grow.

The company recently made significant extensions to their facilities to take advantage of new market opportunities – particularly in the agricultural and industrial sectors. These extensions included a massive 7,500m2 zeolite processing plant.

Both SWIFT (The South Waikato Investment Fund Trust) and the local Council continue to assist Blue Pacific in their growth arc, providing funding and streamling processes for ongoing research and development. 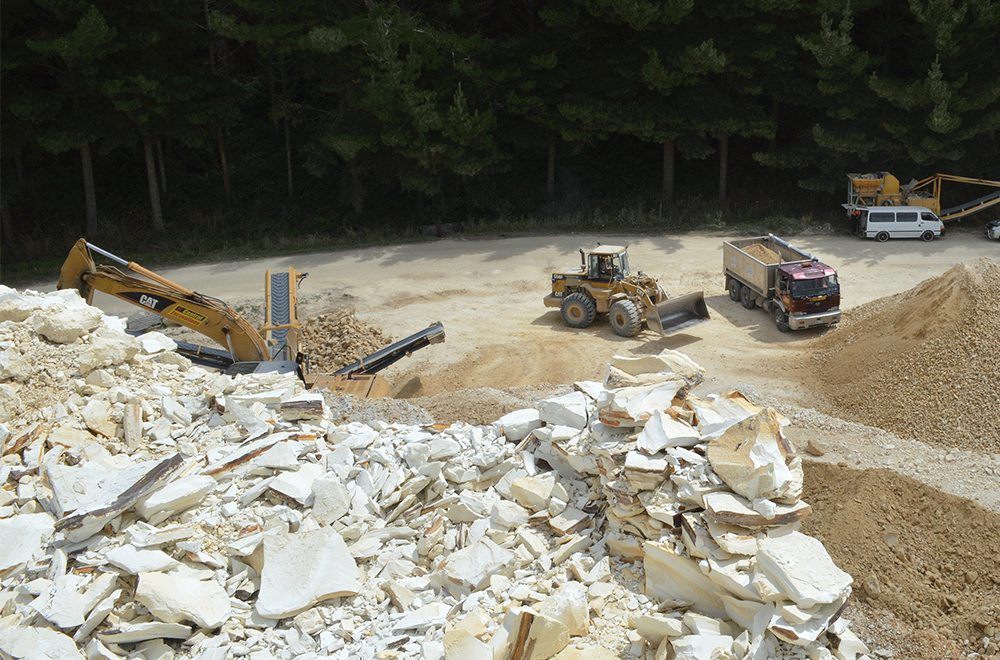